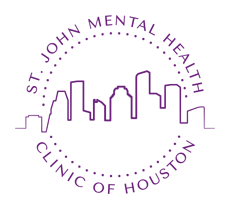 What is OCD and can TMS help?

In order to relieve oneself from these distressing feelings, individuals sometimes develop “compulsions.” Compulsions are a part of OCD, which are defined as physical activities or cognitive behaviors that are performed most often in a ritualistic, routine way, in order to relieve oneself from the distressing feelings brought on by the obsessions.

Intrusive thoughts or “obsessions” are not desired by an individual but they are incapable of controlling them. Therefore, patients end up in a looping pattern, performing the compelling behavior over and over again due to repetitive uncontrollable thoughts.

Below are some common obsessions:

Symptoms of OCD can be difficult to detect because there are many routines that are performed by individuals that are not life intrusive. However, when routines become chronic compulsions that interfere with work, social life or day-to-day function, this can lead to a poor quality of life. Individuals with OCD may spend an hour to several hours a day on their uncontrollable behavior. These irresistible activities may need to be performed several times a day every day, and an individual is powerless over them.

Other symptoms of OCD are as follows:

Effective OCD treatments include Cognitive Behavior Therapy and prescribed medication. Cognitive Behavior Therapy can help people challenge their thinking and break the cycle of distorted thoughts and compulsive behaviors. ERT, Exposure Response Therapy is a type of CBT that can be effective for many patients. ERT helps a patient tolerate the anxiety caused by the obsession. With ERT, patients go through the process of facing their obsession, but not acting out their compulsions. Over time, this may lead to less anxiety about the obsession and more self-control over their compulsions.

When ERT and medications don’t work well enough, TMS can be a supplemental treatment. TMS is an FDA cleared adjunct therapy for OCD which means it can be combined with other types of therapy to enhance its outcome.

TMS is a groundbreaking treatment that uses magnetic technology, similar in strength to an MRI machine, to stimulate underactive brain cells in the mood control center. This magnetic stimulation helps restore certain neurochemicals back to normal levels. The treatment specifically targets the neurocircuitry in the brain which are known to be particularly affected by OCD. TMS for OCD is non-invasive, requires no anesthesia and is an outpatient procedure.

If you think you might have OCD, the expert staff at the St. John Mental Health Clinic of Houston is available to answer your questions. Dr. St. John and her staff treat patients with a broad range of disorders and are available to consult with you regarding your diagnosis and treatment. Contact Dr. St. John and her staff today to find out if TMS is right for you and your condition.